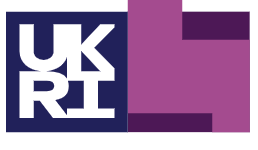 Polish company provides services of organization of football camps for teams playing on different levels on advancement. They use professional Internet portal by which they join football teams with providers of sport and hotel infrastructure (mainly owners of hotels and football pitches or gyms). They search for representatives or agents that will find new locations for camps’ organization mainly in Germany, Czech Republic, Slovakia and Hungary under commercial agency agreement.

The company is searching for agents that will find new venues for its data base and Internet portal. Therefore the agents will be responsible for the relations with owners and managers of accommodation and sport infrastructure providers (hotels, pitches, gyms) that would like to be included in online Internet portal and simultaneously be available for football clubs that are in a need of organization of pre-season football camp. On the other hand the agents may search for clubs’ and teams’ managers responsible for choosing destinations for football camps. It would be appreciated if the agent had some experience on the touristic or sport market. At the begining the company would like to start the cooperation with such countries like Germany, Czech Republic, Slovakia and Hungary, but also with other countries in Europe when there would be an interest. The company would like to sign a commercial agency agreement.

A Polish company was created by a former professional football player and has been operating on the Polish market since 2015. They have experience in sports, business and marketing activities. They are engaged in making football a socio-cultural experience among different cities and regions in Poland. As they are football passionates their main aim is to advance football into more than just a sport but a lifestyle through very professional, modern equipment and IT technology (eg. Internet portal and mobile applications). Their target is to organize pre-season football camps with interactive communication between football clubs and venues providers. Before making a decision the club can see every venue and choose the optimal destination for them. Everything can be chosen and accomplished using mobile devices or laptop making it a very comfortable and timesaving method. From the venues point of view they can add their venues to the company’s base which means that the portal is regularly updated with new venue details. For football clubs this means they have an unlimited choice of where they can organize their football camps. The company has a status of tour operator so this means they are able to organize full camps on all over the world which is comfortable for both the football clubs and venues providers. The platform is available in both Polish and English which gives the possibility of organization of pre-season football camps in every country for every club independently, regardless of which country they come from. The company is looking for agents whose main task will be to search for sport infrastructure providers, hotel and sport facilities owners who could enrich the base and the offer of a company by their visibility on the Internet portal. Primarily the company is searching for agents in Germany, Czech Republic, Slovakia and Hungary but other European regions are not excluded. The provisioned form of cooperation is commercial agency agreement.

The company offers unique services that facilitate organization of pre-season football camps by using professional Internet portal and mobile application. Main advantages and innovations are as follows: - useful and easily accessible Internet portal that enables to organize a football camp in smooth and convenient way which drives to effortlessness of organization of sport event; - rich and still growing data base of venue providers (owners of hotels and sport infrastructure); - possibility to organize football camp in almost 200 destinations; - customizations of each service provided thanks to the experience and knowledge of company’s managers who previously were professional football players and participants of many football camps as well as teams’ and clubs’ managers; - the company has a status of tour operator which means that it is self-sufficient.

Already on the market

Why is BRAND BUILDING essential in tough times?